Enough about me. Here's the bike!

This bike was GIVEN to my father to pay a long outstanding debt that had been written off long ago. He has no desire to ride it and knows I have been dreaming of one for quite some time. Without further Ado. 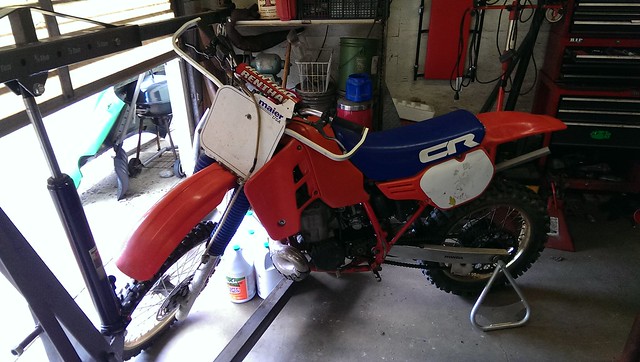 She's a little rough around the edges but with some love I'll have her fixed up and lifting wheel in no time. I know a lot of you are thinking that's quite a big bike to start my supermoto experience but hey. Free is free also, it's worth noting that I am by no means a small person. I practically dwarf this monster. 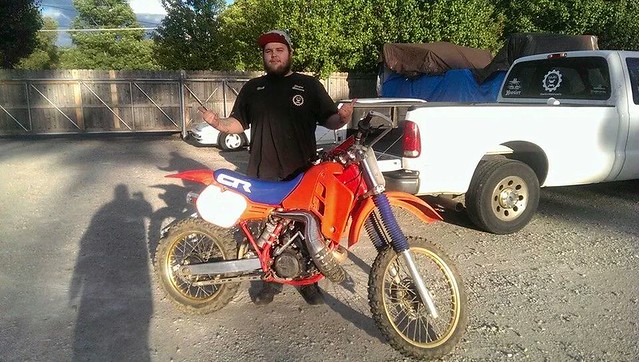 This is not gonna be a fast build in the least. in fact. I'm off to Arizona in August to attend MMI and I will be there for a year, where I will probably spend the majority of my time on the CR in the desert learning how to ride it .